Thank you to our loyal customers for your support and orders during this time, due to the high demand and large backlog,
orders can take up to 48 hours to process. Please bear with us and we thank you for your patience.
For more information and support on COVID-19 please visit www.sacoronavirus.co.za

Beer Science: Step into our lab 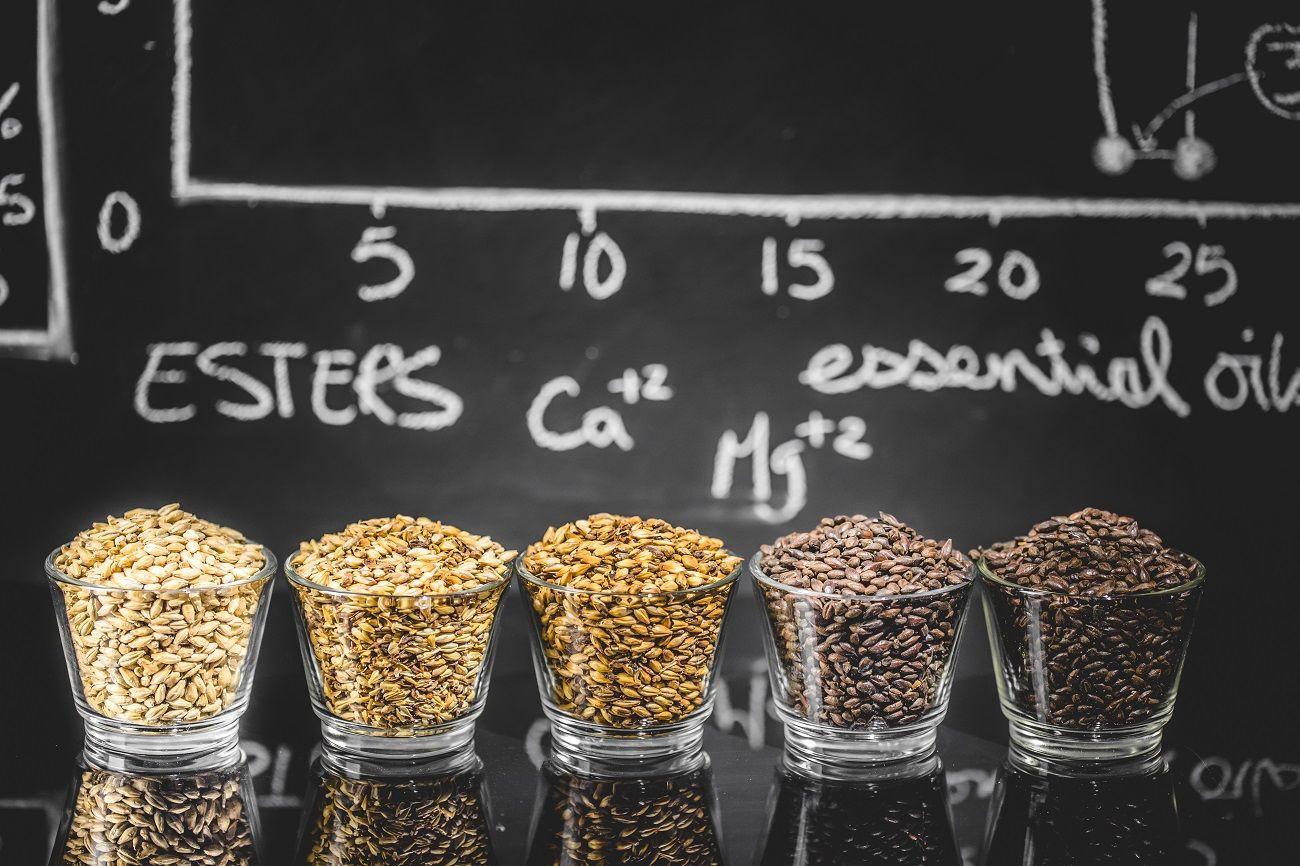 Role of pH during wort production

In this blog, the focus will be on the advantages of controlling your pH throughout the brewing process. This is a control that is often overlooked after mashing, if not completely. Therefore, we wish to provide some guidelines on pH control – which will finally help you produce better, more consistent beers. Afterall, you already have a pH meter, might as well make it earn it’s keep!

We will be going through the different brewing steps and discussing what role pH plays in each of these. 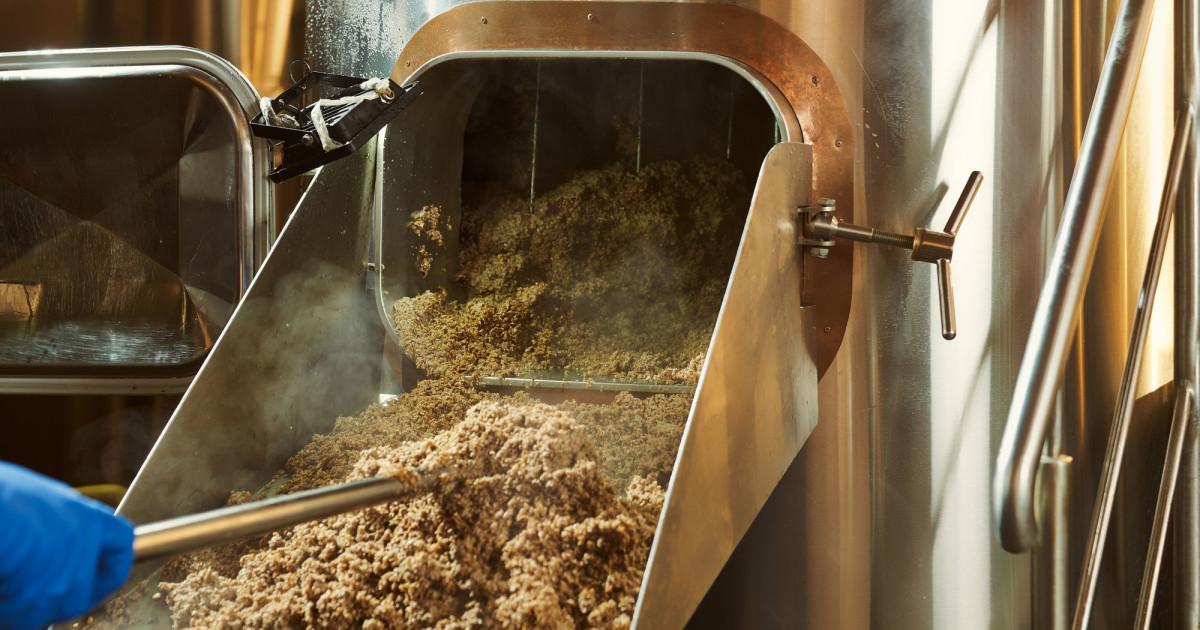 The importance of pH during mashing is a subject that is quite well understood between brewers, so I will just summarise the enzymes that are working during mashing and what pH they perform optimally at (temperatures are included as well for interest).

As can be seen from the above table, for optimal alpha and beta amylase functioning one should aim for a mash pH between 5.4 and 5.6.

One of the important considerations to take when discussing what pH one should mash in with, is the fact that there is a drop in pH as mashing progresses. This is a reaction between phosphates from the malt reacting with Calcium ions in the brewing liquor, resulting in a pH drop. The resulting pH drop that occurs is somewhat dependent on the hardness of the brewing liquor. Therefore, for optimal enzyme functionality, one should start mashing at a pH towards the higher end of the optimal pH range.

Now one might ask “why is it important to have one’s enzymes operating optimally?’’ Now while it is not of great importance for a craft brewery to be able to reduce mashing rest times by a couple of minutes – what is most definitely important, is consistency. The above range for mashing pH is merely a guideline to give an indication as to the range that a brewer should be aiming for, and could very well differ for different beer styles the brewer is brewing. The point to be emphasized is that if your mash pH is not being controlled for each batch of beer being brewed – variation in the resulting sugar profile will occur (different enzyme activities with the same rest times = variation in sugar profile). This a problem, because your beers will taste different from batch to batch. Not so lekker!

(On a side note – agitation speeds should also be kept constant, as this also effects enzyme distribution in the mash)

There is brewing software available that can quite accurately predict what your resulting mash pH will be if you have a water analysis available of the water you wish to use for brewing. The potential problem here is that there are fluctuations in the composition of municipal water, sometimes quite drastic fluctuations from past experience! We would therefore recommend to always have some tools handy for pH adjustment. This can be in the form of salts such as CaSO4, CaCl2 or various different acids available – the choice of which I will not be going into in this article, as it is a whole discussion by itself.

So far we have discussed the importance of pH control in terms of how rapidly starch will be broken down, there are however also other advantages of mash acidification (pH of 5.2-5.5) some of which include:

During my research for this post, I came across an interesting recommendation to decrease pH to as far as 5.2 during mashing. While this falls outside the optimal pH for the starch degrading enzymes, it further enhances the aspects mentioned above. This is not something that I have explored personally, but is definitely something that attracts interest. 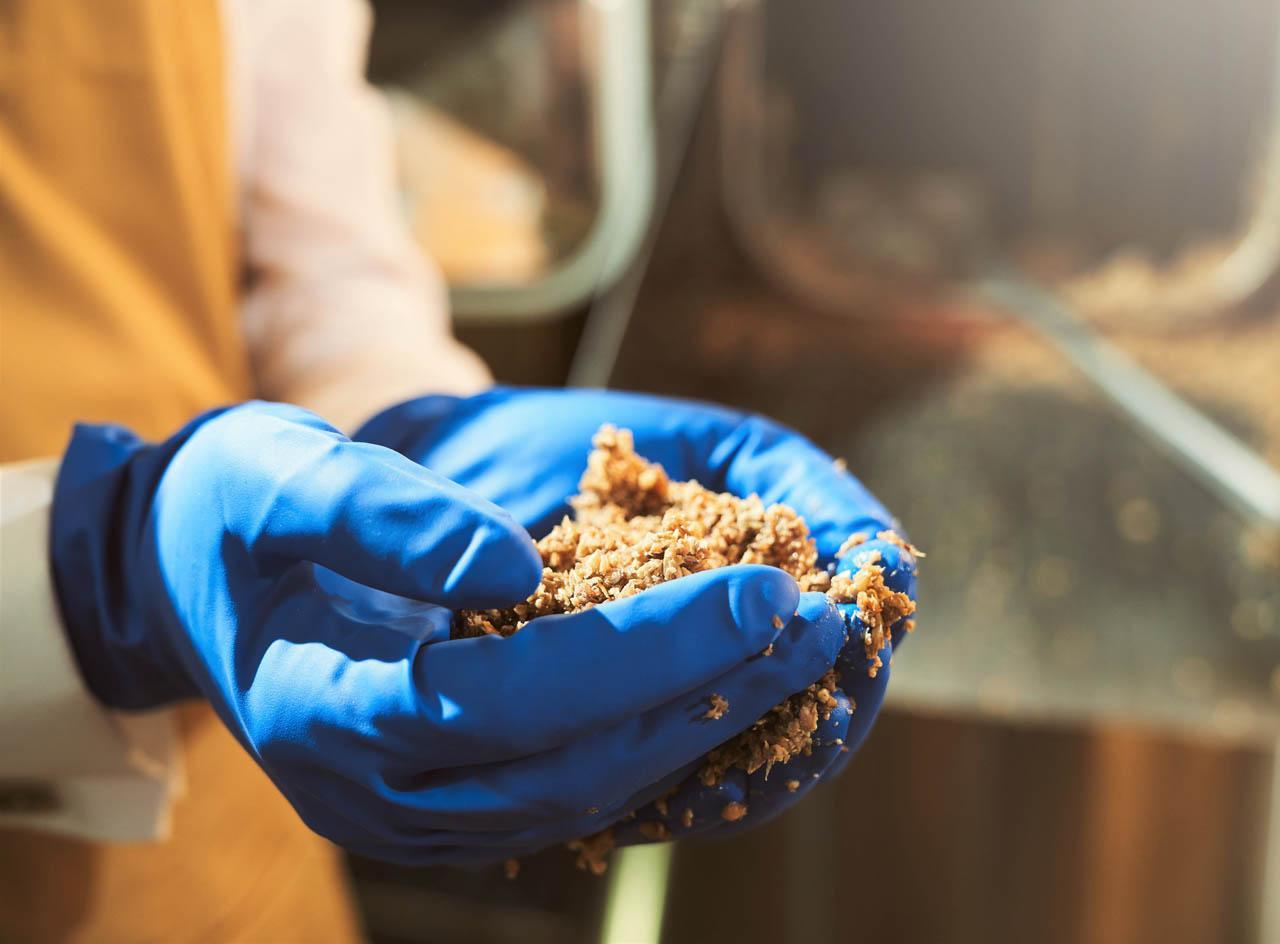 This is part two of our blog series about pH in brewing. Today we will look at the importance of controlling the pH during lautering.

At this point mashing has been completed, and the carbohydrate profile is mostly fixed. At 78°C there is still some α-amylase active at this point, but functioning far from optimally. This helps with the viscosity of the wort – therefore care must be taken to not increase the temperature of lautering above 78°C seeing as α-amylase in quickly destroyed above 80°C (It is preferred to have a 2°C margin for a variation in temperature through lautertun).

It is well understood and implemented that the grain-bed temperature should not exceed 80°C in order to avoid extraction of tannins from the grain. It naturally follows that one’s sparging water must not exceed 78°C (some brewers do not go over 75°C – this can make lautering a bit difficult in bigger breweries, but should be fine on a home brewing system). Seeing as this article is about the effect of pH – you guessed it, we should also control the pH of sparging water to minimize the polyphenol extraction. A lower sparging water pH will result in a lower extraction of polyphenols. One should look to control the pH of sparging water to between 5.0-5.5. The idea is that your lautertun run-off pH should not exceed 5.5, so the necessary adjustments to sparging water should be done to achieve this.

Malt is responsible for a significant contribution of polyphenols to the wort compared to hops – in normally constituted wort it can contribute 80% anthocyanogens (most significant polyphenol group in beer) with hops contributing the remaining 20% (Kunze, 2014). This ratio will of course change depending on the beer style being brewed – but it does show that one should pay special attention to control parameters that reduce the extraction of polyphenols from the malt. 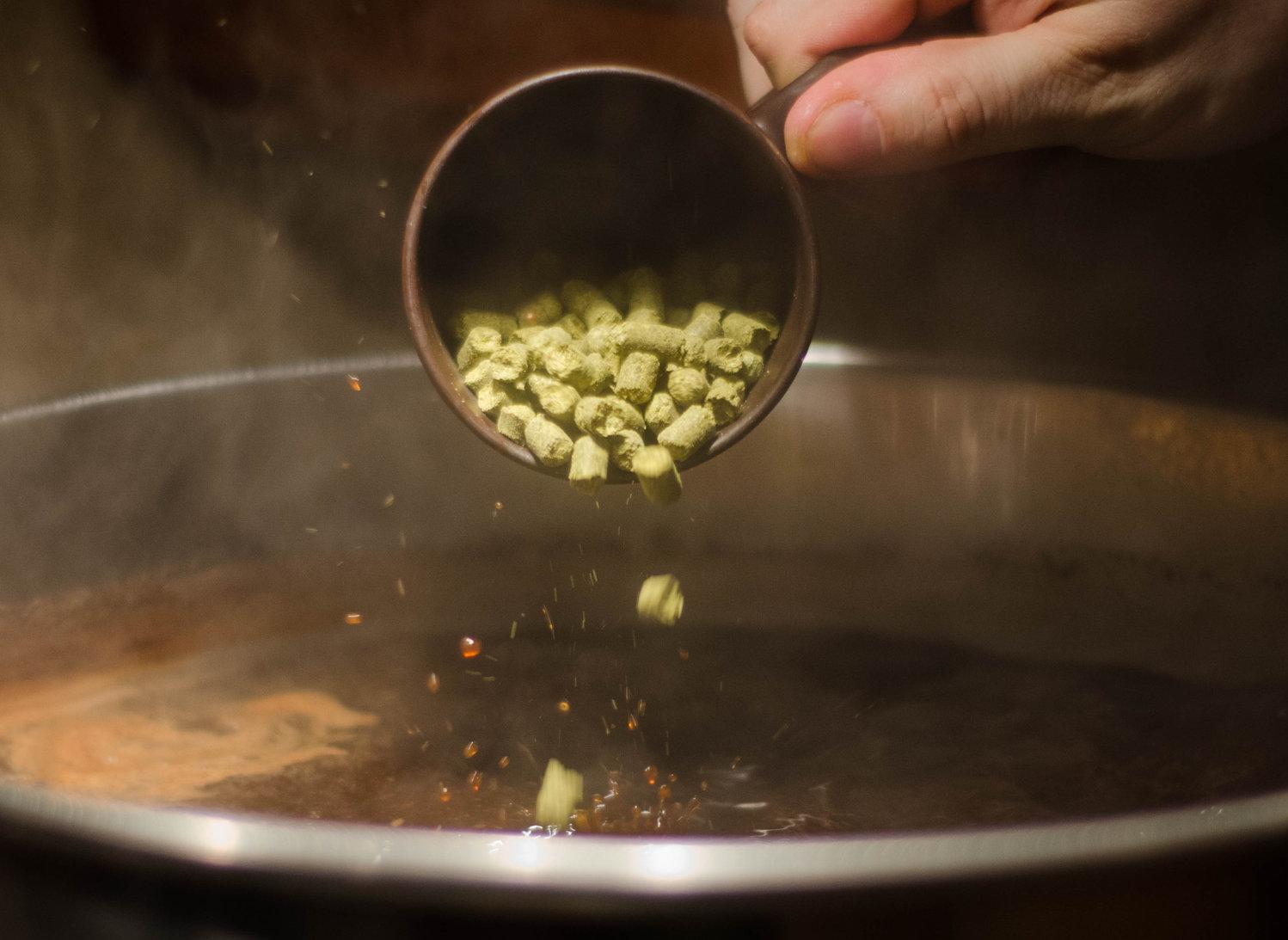 The pH during boiling has considerable effect on factors such as hop utilization, bitterness perception, protein precipitation and beer colour.

Let’s start by discussing the effect of pH on the hop extraction and resulting bitterness. A high boil pH will always give better isomerisation – therefore more bittering compounds can be extracted per kg hops. This would be all good and well, but it has been found that at a lower pH the bitterness is considered to be more balanced and finer (Kunze, 2014). Therefore, one will need to find a balance between how much hops one is willing to add, compared to the bitterness obtained. In my opinion, one should take the hit on the higher hop addition and end up with a more pleasant bitterness.

During boiling the pH drop occurs naturally, due in part to the melanoidins formed being acidic, as well as the hops. But mainly the pH drops occurs due to precipitation by calcium phosphates and calcium polypeptide complexes. This natural drop in pH also aids hot break formation – the optimum pH for hot break is 5.2. pH is however not the only factor that aids a good hot break. Rigorous boiling is also very important to achieve a good hot break. It can happen that a brewery is situated at a location that is very high above sea level, and thus the boiling temperature is not 100°C, but perhaps only 95°C. This will have a negative effect on the hot break that is achieved. In this case boiling at a low pH will be of even greater importance if one wishes to avoid subsequent haze formation in the final product. To aid this drop in pH, extra calcium chloride or calcium sulphate can be added to the kettle. One should aim for a pH drop of 0.3-0.4 pH points from start to end of boil.

The colour change during boiling is also affected by pH. The resulting colour change that occurs is less at a lower pH. Therefore, if one is brewing a pale lager or pilsner and wishes to obtain a low final EBC, the boil pH should be on the lower end (5.2).

Obtaining a pH of 5.0-5.2 at the end of boil has advantages not only on parameters effected by boiling, but also on the subsequent fermentation performance – these include improved beer flavour, especially VDK reduction; Encourages yeast growth and inhibits the growth of many other beer spoiling micro-organisms.

LATEST 10 POSTS
How to make beer at home
Cooking with Craft Beer: Oktoberfest Style
Cleaning your new Dema-Craft
Going dry during lockdown? How to brew non-alcoholic beer
Beer Science: Step into our lab
Quarantine: Now is the perfect time to get homebrewing.
Beer kegs: A need to know guide
Why drinking filtered water does more for your health, wallet and overall environment than you knew.
Brewing Terminologies & Beer Slang
From bread to brew, a sustainable way of managing food
View More Posts
CONTACT